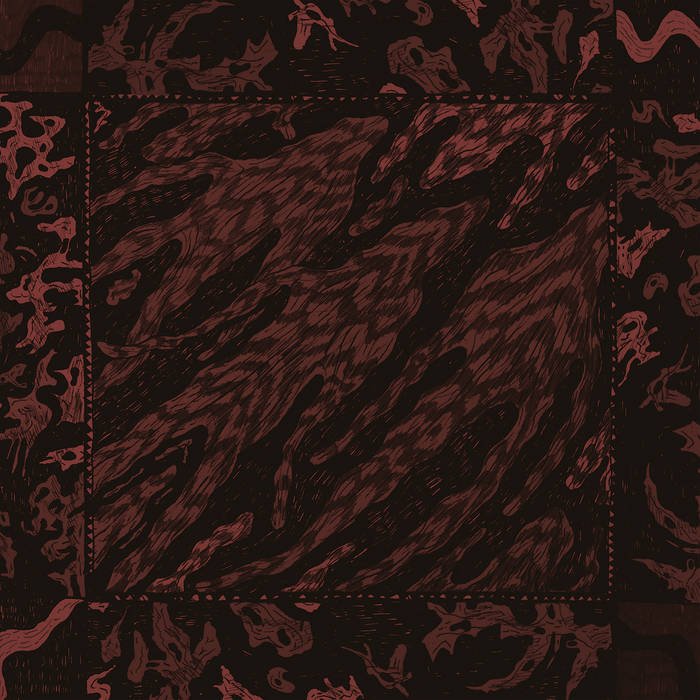 painanddoom Experiencing this live has been one of the most intense, trancelike experiences for me. Please keep performing in Berlin (Zukunft) as often as you can \m/ Favorite track: Aan den Golven der Aarde Geofferd (Turia).

geisterfaust While Turia's side is the hardest song they have ever done, Fluisteraars' song feels epic and grandiloquent. This split feels like a river flowing towards the rapids to the sea. Favorite track: Aan den Golven der Aarde Geofferd (Turia).

Two of the Netherlands' most innovative black metal bands, Fluisteraars and Turia, have aligned to release a conceptual split album on Eisenwald.

Ever since releasing their debut “Dromers”, Fluisteraars have captured the attention of a wide audience of fans looking for depth and compositional grandeur in black metal. Newcomers Turia, who have quickly released two acclaimed albums and a split with fellow-traveller Vilkacis, make this a highly interesting pairing for those who have been following the burgeoning Dutch black metal movement.

Both hailing from Gelderland, a more densely forested area of the Netherlands, the bands take inspiration from the regions’ history and their natural surroundings. Conceptually, the album deals with the two primary rivers, the Waal and the Rhine, that mark the area around Arnhem and Nijmegen, their respective hometowns. Highlighting the bonds forged between both bands, the record is called De Oord, an old Dutch word designating the area where two rivers meet.

In keeping with the theme of the two rivers symbolically meeting, the bands recorded and produced their respective sides together simultaneously at Klaverland Studio: a recording studio in a nature reserve, where the Rhine enters the Netherlands, and splits into the Nederrijn and the Waal.

Both bands display a development of the experimental, psychedelic side of their music. This element has always been present; however, this release provided the opportunity to let it shine brighter than ever. Where Fluisteraars' side, entitled “Oeverloos”, offers a majestic dirgelike epos ending in a monumental crescendo, Turia's track “Aan den Golven der Aarde Geofferd” takes the listener on a harrowing voyage into the depths beneath.

Lyrically, the thematic unity of the project is clearly articulated. Writing in Dutch, both bands develop a narrative that metaphorically traces the rivers and waterways from wellspring to the depths of the sea; from the tranquillity and natural order of the landscape to the turmoil below the surface. The everlasting flow washes away all traces of what once stood tall and proud.

Released on vinyl and CD by Eisenwald and on limited cassette by Haeresis Noviomagi.

Turia was started in the winter of 2014. The band aims to evoke gripping black metal, stripped to its bare necessities. Utilizing a minimal setup of drums and guitar they bring to life a mirage of sound while anguished screams drag the listener into a vastness of desolation.

Bandcamp Daily  your guide to the world of Bandcamp